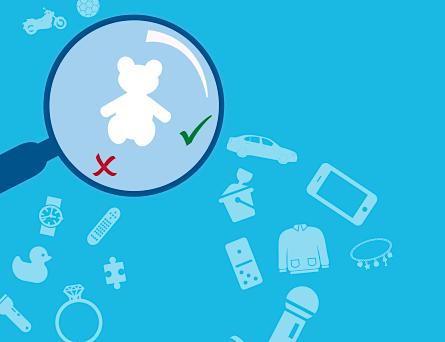 There are worries as to why UK dangerous product reports have fallen behind other EU countries, as the Approved Cables Initiative (ACI) reports:

A rise in the number of dangerous product reports in the EU has led the Approved Cables Initiative (ACI) - an industry-wide working group - to question why the UK has fallen out of the top five case reporting countries, according to newly published figures by the EC.

The ACI, which highlights and reports issues with sub-standard, faulty and non-approved cables in the UK, is concerned that the 2014 Rapid Alert System report (for dangerous non-food products) `Keeping European Consumers Safe’, shows that the UK has dropped out of the top five countries, with its reports falling 30% since 2012. Spain, Germany and the Netherlands have all increased their notifications over the past two years.

The statistical report revealed this time that 2,435 products were either stopped before entering or removed because they were deemed dangerous for EU consumers during 2014. Of these, 2,155 were deemed to be serious risk notifications.

The ACI is concerned, saying: “The figures raise the question as to why UK notifications have dropped. It could be due to smaller numbers of sub-standard products entering the UK market. We think this unrealistic however as with an overall European rise it suggests it is more likely that there is uneven market surveillance in the EU and in particular low levels in the UK.

“We have also noted that of the larger EU countries, the UK has the lowest percentage of compulsory recall measures preferring to use voluntary measures for more than 80% of cases reported. We would ask why the UK uses predominately informal measures rather than legal measures for recalls compared to other European Countries and has the effectiveness of this approach been assessed.”

Said the ACI: “It’s clear from the report that market surveillance activities vary greatly among member states. We believe that market surveillance is vital to the protection of the UK consumer and to this end the ACI has just completed its response to the Government’s Product Safety Review. This will look at the UK’s system for the recall of unsafe products. The independent review will focus on how it can make enforcement more effective and explore consumer understanding of the process. We look forward to the results of this review.”

The Rapex Annual Report’s 2014 statistics also showed that electrical appliance and equipment were the third most common product categories notified, that electric shock was the fourth most common type of risk notified, and that most dangerous products notified came from outside the EU. China (including Hong Kong) was indicated as a country of origin for 64% of notified products.

The findings align with sub-standard products - and especially cables - within the cable supply chain and building industry in general. A recent presentation by the ACI to SELECT members in Scotland confirmed that suspect sub-standard and counterfeit products were available in that region and that sub-standard cables have been found having been manufactured in both the UK and elsewhere.

The ACI’s Peter Smeeth commented: “While these statistics are a sign that the problem isn’t going away, it is encouraging to know that awareness within the industry continues to grow”.