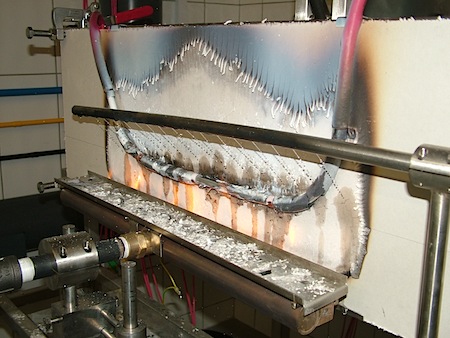 Since the launch of its cable-testing laboratory in 2012, BASEC has made significant investments to serve the demands of cable manufacturers and standards authorities across the world.

Indeed, it’s a common misconception that BASEC only tests cable to British or European cable standards, yet over the last year or more, the organisation has commissioned brand new test equipment, increased its fire testing services and extended its United Kingdom Accreditation Service (UKAS) accreditation to include ISO 17025. This is the international standard that specifies the competence and quality management system requirements for laboratories that provide testing and calibration services.

One reason for this drive is that when selling cable product worldwide, cable manufacturers need to ensure that their products are in accordance to the cable standards set by that country regulator which could be British, European or international standard requirements - and even private or sector standards.

A very common IEC cable standard that BASEC tests to is IEC 60502, which is cable intended for fixed installation indoors, outdoors, underground or in the presence of water. When a certificate has been issued, a cable manufacturer can list the standards it has been awarded against the cable product it is selling.

Commented BASEC chief executive, Dr Jeremy Hodge: “As our service has become recognised in more territories, we have experienced an increase in the demand for testing to IEC cable standards and therefore we have expanded our cable testing scope to include all low and medium voltage IEC cable standards where previously this was limited to a few key types.

He continued: "The benefit to cable manufacturers is where they require multiple testing to cover British and European (BS EN) standards and IEC standards, we can test to both standards at the same time where this is permitted. We can then provide a double test report for one cable, and potentially award two certificates.”

“Our message to cable buyers is always specify a recognised standard and an independently approved cable, check the cable markings on delivery and before installation to ensure it meets the criteria for its intended use. If suspicious cable is found, contact BASEC or your local regulatory authority for advice,” concluded Hodge.

BASEC, which is a Voltimum UK partner organisation, has been awarded ISO/IEC 17025: 2005 accreditation for its world-class cable-testing laboratory based in the UK. This is one of the highest levels of recognised quality any testing or calibration laboratory can attain.

Furthermore, in the United Arab Emirates, BASEC has recently been awarded pre-qualification status as an independent testing laboratory for LV cables by the Abu Dhabi Water and Electricity Authority (ADWEA).

The forthcoming implementation of the Construction Products Regulation 2011 (CPR) has implications for cable manufacturers in the Middle East who export into the EU. BASEC believes that there will be increasing demand from cable manufacturers for the fire testing of cables in accordance with the CPR seeking to conform to the regulations.

To prepare for this, BASEC has made a substantial investment in its laboratory equipment with the introduction of three new re-configurable fire test labs, and a 3.5m tall ladder rack rig for vertical fire tests on cables (IEC 60332-3-22 to 24 and BS EN 50399) complementing its existing 3m cube chamber for smoke emission tests (EN 61034-2) and halogen testing facilities.

This all adds to the clear message that BASEC is looking further afield than merely the UK.