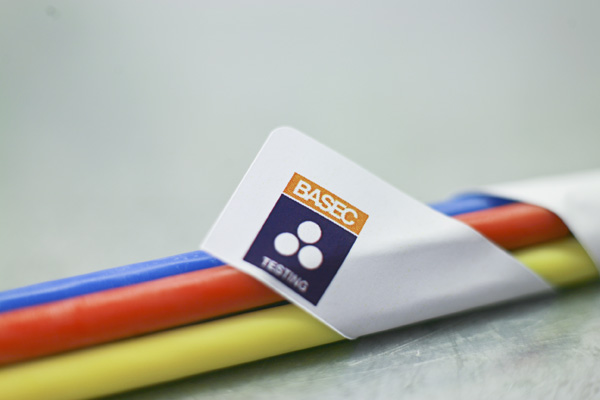 The Approved Cables Initiative (ACI) believes that the two terms – LSF and LSHF - are routinely and sometimes deliberately misused and contractors wanting to purchase halogen-free cable, should look for LSHF (or manufacturer’s equivalents) to ensure compliance.

LSF (Low Smoke and Fume) was developed nearly 40 years ago in response to a demand for a cable product that, if burned, offered lower hazard levels than existing PVC. Such materials were a first attempt to answer the call for cables which would give off lower amounts of acidic and corrosive gases in a fire. But these cables were not and are still not halogen free.

LSHF (Low Smoke Halogen-Free) materials have excellent flame resistance but, when affected by fire, have low emission of smoke and low emission of corrosive gases or have halogen-free materials. Such materials are not based on PVC.

In the UK, LSHF cables for fixed wiring applications are most commonly available to the following standards:

The most relevant standards that cables might need to conform to in order to achieve LSHF rating are:

BS 7671 (The Wiring Regulations) gives in Table 4A3 of the edition amended in 2015, a complete list of the specified standards with suitable cables for fixed wiring. All of these are either LSHF or PVC types. There are none that relate to the original concept of LSF.

To be sure of the correct cable choice where Low Smoke Halogen-Free is specified, the ACI is advising contractors and installers to:

Purchasers and users of cable should be vigilant over this issue and contact the ACI if they have any concerns about their cable choices.