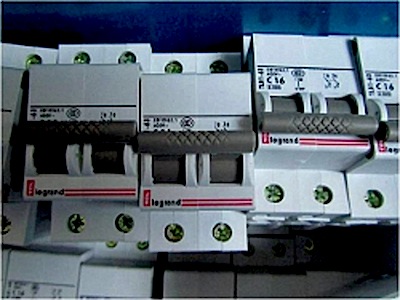 Electrical Safety First, the consumer safety charity, is concerned that the Government’s proposed Scotland Bill, which will devolve further powers to the Scottish Parliament, has forgotten consumer protection. By James Hunt:

The recent Scottish Housing Act included a requirement for landlords to ensure five-yearly electrical checks, by a registered electrician, of the wiring and any electrical appliances supplied in privately rented homes. The Charity had lobbied hard for this requirement, which it now wants to see expanded to encompass other housing tenures.

Following on from this, the organisation says that it has become worried that the proposed Scotland Bill has neglected consumer protection - and a weapon to curb the tide of counterfeits entering the UK.

There has been a huge increase in counterfeit and sub-standard electrical goods entering the UK. This is particularly so in Scotland. For example, in the five years between 2008 and 2013, Glasgow enforcement agencies seized more fake electrical items than any other UK local authority.

In its current form, the Scotland Bill only allows consumer advocacy and advice to be devolved to Scotland, with control over the legal framework of consumer protection retained by Westminster.Electrical Safety First believes consumer protection should be transferred to the Scottish Parliament, which would then have the power to tackle the issues of electrical product safety and prevention of fires in Scottish homes.

This would also allow a Scottish Government to respond to the need for changes to the product recall system, which Electrical Safety First research shows is failing to protect consumers.

This is clearly a very real problem and one that has significant implications for electrical safety.

Commented Electrical Safety First’s director-general Phil Buckle: “When you realise that around two thirds of all domestic fires in Scotland are caused by electricity and the vast majority of those arise from electrical products, you can put the situation in context.

“We believe”, he continued, “that people would be best served by devolving consumer protection powers to the Scottish Government to deal with the issues ‘on the ground’ – and as recommended last month, by a cross-party committee of the Scottish Parliament.

“Recent tragic accidents, where individuals have died through electric shock or an electric fire caused by a recalled product, have highlighted the need to improve the way such products are recalled by manufacturers”, Phil Buckle added.

He concluded: “And with well over 200 electrical items recalled in the last four years - but with a recall success rate of only 10 - 20%, it’s clear the current system needs improvement. This is especially important for Scotland, where so many domestic fires are caused by electrical products.”

For more information, go to: http://www.electricalsafetyfirst.org.uk/news-and-campaigns/policies-and-research/our-key-policies-in-scotland/

To learn more about Electrical Safety First’s safety manifesto for Scotland, please use the link at the bottom of this web page.