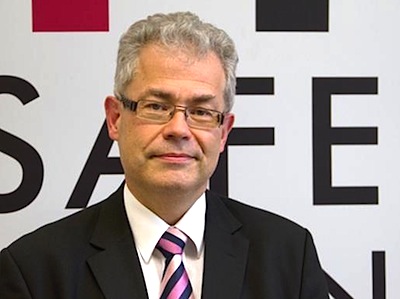 Fake, unsafe and non-compliant electrical products for consumers and professionals alike are now everywhere, available from retail outlets, online and even some electrical wholesalers. This is now a very serious issue and one with big safely implications. So the latest news from the Government regarding the product recall system has pleased Electrical Safety First. By James Hunt:

The average success rate of an electrical product recall in the UK is just 10 to 20%. This means, says Electrical Safety First, the UK charity dedicated to reducing deaths and injuries caused by electrical accidents, that there are potentially millions of recalled electrical items still in UK homes. As most of these products have been recalled because they offer a risk of electric shock or electrical fire, they present a serious risk.
As a result of such concerns and also campaigning, and in the light of recent YouGov research showing that just over a third of UK consumers currently register their appliances, Jo Swinson, consumer affairs minister, has announced that consumer campaigner and broadcaster Lynn Faulds Wood will lead a review of the UK’s system for the recall of unsafe products. The independent review will focus on how enforcement can be made more effective and explore consumer understanding of the process.
Said Swinson: “There are more than hundred million appliances being used in our homes today, so it is vital that when manufacturers discover safety issues they can recall products as quickly as possible.
“It is essential that we look at how we can improve the current system so that we can protect consumers and reduce the cases of serious injury, property damage, and in the worst cases, fatalities,” she said.
Responding, Phil Buckle, Director General of Electrical Safety First, commented: “Faulty electrical products pose a real threat to consumers, their families and their property, so we are delighted that the Department for Business, Innovation and Skills has announced this independent review of the recall system.
He continued: “Not only does it demonstrate that the Government is committed to improving recall effectiveness, we also hope that it highlights the issue of recalls more generally.
“With current success rates for recalls of faulty electrical products being as low as 10 to 20%, consumers, manufacturers and authorities need to face up to the dangers of an ineffective recall system. And work together in order to improve it. We hope today’s announcement is the first step towards achieving this,” Phil Buckle concluded.

Electrical Safety First says that the electrical goods most often reported as faulty or dangerous are electrical chargers, adaptors (including many of those used for travel, some of which are downright dangerous), extension and spare product leads, hairdryers, tongs and straighteners, and small kitchen appliances, such as kettles, toasters and irons.
Often, such products (and there are many others) are merely of poor quality and either do not to the job they have been purchased to do or fail early or both. Quite often, however, they are dangerous. Many have injured and some have killed.
Sometimes, it’s more subtle than that. For example an American university found that some fake phone chargers could be used to spread viruses. A £30 ‘bare-bones’ computer was all it took for the university’s researchers to enable a custom-built charger to infect a well-known brand of smartphone with a virus in less than a minute.
The charger would allow any software to be installed on the phone's operating system, meaning all users of the platform would be potentially vulnerable to the wide range of problems that computer viruses can cause.
The three-person research team from Georgia Institute of Technology wrote in their project summary: “This hardware was selected to demonstrate the ease with which innocent-looking, malicious USB chargers can be constructed.”

Electrical Safety First’s product checker contains the details of electrical products that have been recalled since 2007. For those searching for a product that they own and who find that it is not listed, this means that it has not been recalled and should be safe to use. However, if there are still concerns about its safety, the owners should contact the retailer or manufacturer concerned to alert them to a potential problem. To learn more, go to: www.electricalsafetyfirst.org.uk/product-recalls/

The issue of fake, unsafe, counterfeit and non-compliant electrical products is so serious that some years ago, Voltimum and BEAMA started a joint initiative that features contributions from other signatories of the Electrical Industry Charter. Called ‘Counterfeit Kills’ this is a hub for information and guidance on the problems caused by counterfeit and non-compliant electrical installation products. It aims to raise awareness of the dangers of these products to help industry and consumers take action to drive hazardous and substandard products from the market. The website is found at www.counterfeit-kills.co.uk/uk/index.php
Below are links to related articles.