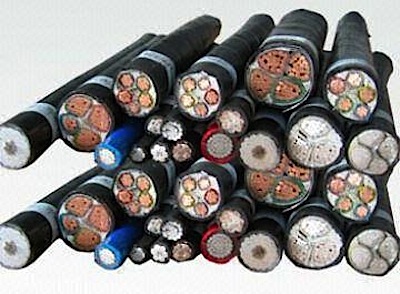 Electric cable is very clearly a very mature technology, especially at the domestic low voltage end of the spectrum, but this doesn’t mean that developments aren’t taking place. Technologically speaking, most of the spectacular developments are happening with high voltage cables, especially superconducting cables for HV power transmission of the type that Nexans is very much involved with.

However, these do not concern the average DoesItComply? user, so we look at LV cable generally, including fire-resistant power and control cable systems in terms of maintaining circuit integrity during a fire to BS 8519 (by Nexans).

Many cable developments derive from safety, environmental and EU market concerns. An example of the latter is that the Construction Product Regulation (CPR) for cables is coming. This will be a mandatory requirement for cable placed on the market in the EU where it is to be used in the construction market. In this VoltiTECH, therefore, Prysmian provides an update on the CPR, will introduce a CE mark to allow free movement of goods in the EU, where its scope will be considerably wider than the existing LV Directive.

We also take a look at what seems to be the increasingly serious problem of sub-standard and possibly dangerous cables across the world – and in the UK, as reported by the British Approvals Service for Cables (BASEC) and the Approved Cables Initiative (ACI).

BASEC, for example, receives many enquiries and sometimes user complaints relating to cable products and the organisation is encouraging cable manufacturers and traders to provide consistent technical product information to their customers either in the form of data sheets, information on websites, information provided via wholesalers or distributors, or by other means. This, if carried out, should help mitigate the problem, BASEC feels.

The ACI has reported more trouble with sub-standard and possibly dangerous cables in the Australian electrical supply chain, as another product recall has led to the collapse of another cable importer there. Australia? What has this to do with electrical wholesalers, contractors and installers in the UK? Well, there are implications for the UK – as the organisation shows in this VoltiTECH, saying: ‘The UK cable supply chain needs to understand that which is happening in Australia could happen here. Compliance is vital throughout the chain especially in light of the recast Low Voltage Directive’.

Then there’s Amendment 3 to BS 7671: 2008 (+2015). One aspect of Amendment 3 is that the safety, accessibility and security of power and data cables in UK buildings must be given more attention as a matter of course, and that begins with ensuring that the cables stay where they are supposed to be – as Schneider Electric explains.

Striking out on a (more technical) limb is an article about cabling for Ethernet – especially industry Ethernet, which some more special contractors and system integrators are becoming more involved in. This looks at relatively low cost plastic fibre as well as the most advanced glass fibres and asks – rhetorically, ‘which is best?’ It’s horses for courses, as always.

Take a look at these articles and more, for there are also two articles on other topics – and more in this VoltiTECH edition.