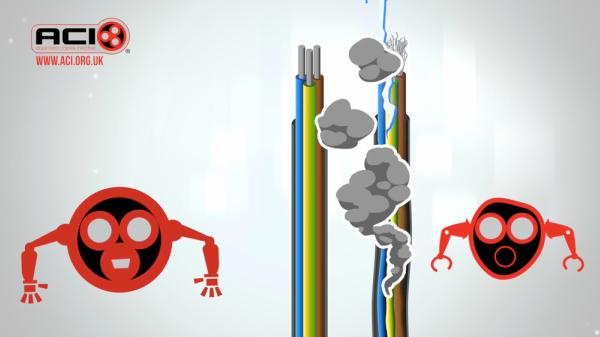 The campaign which launches this week (Wednesday 25th January) to the cable supply industry has been developed around three themes and will grow into a collection of animated videos as part of the ACI’s further involvement in content marketing.

Launching with three messages - Dressed to impress tells the viewer that some cables are deliberately underspecified when produced; Speak the right language highlights the fact that what’s written on the cable may not be what you buy; Better behaved cable spells out that if the purchase doesn’t feel right then it probably isn’t.

Peter Smeeth, of the Approved Cables Initiative, said: “We understand that our target audience is embracing social media more and more to find answers and now looks to a range of channels for information. More often this will involve social media and online videos continue to grow in popularity. With a picture worth 1,000 words as they say and one in three in the UK viewing at least one online video a week, a video campaign, done well, can spread the messages we want to share in a simple and clear format to new and existing audiences”.

The ACI launched in 2010 to address the issues of unsafe, non-approved and sub-standard cables entering the UK marketplace. The ACI gives guidance to the cable supply chain and where it identifies suspect cable, contact is made with relevant importers, distributors, manufacturers and results are published. Part of the ACI’s work involves lobbying Government to reinforce current legislation and to promote independent third party approval for all cable sold in the UK.